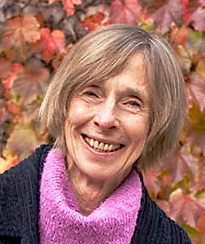 Mary Walton is the author of A Woman’s Crusade: Alice Paul and the Battle for the Ballot. A New Jersey Quaker, Paul was the leader of the militant wing of the suffrage movement from 1913 to 1920. Hers was a David-and-Goliath struggle to convince a reluctant congress and a stubborn president to pass the Nineteenth Amendment extending the vote to all American women.  She and her followers were the first people to picket the White House. They were arrested, thrown in jail, brutalized and force fed when they went on hunger strikes. A pioneer in non-violent resistance, Paul was to suffrage what Gandhi was to Indian independence, what Martin Luther King Jr. was to civil rights.

Mary Walton has written four previous works of nonfiction. For twenty-two years, until 1994, she was a reporter for the Philadelphia Inquirer, where she wrote scores of articles as a staff writer for the Sunday Inquirer magazine. She has also written for the New York Times, Washingtonian, the Washington Monthly, the American Journalism Review, and PBS.
After graduation from Harvard University, and a turn at social work and community organizing, Walton began her journalism career as a reporter at the Charleston [WV] Gazette. She lives in Philadelphia, PA, with her husband Charles Layton. She was recently interviewed for a two-part PBS documentary titled "The Vote," scheduled  for broadcast in the fall of 2020.

PRAISE FOR A WOMAN'S CRUSADE 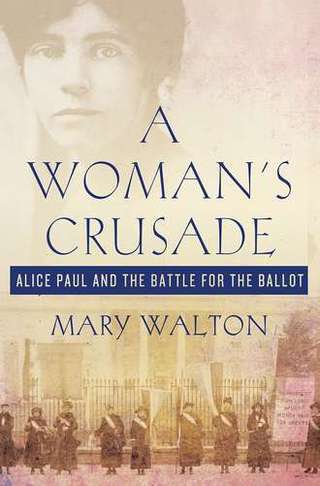 Drawing upon press accounts, original papers, and books written by contemporaries of Paul's, Walton is able to give her account...a colorful immediacy....Walton's book offers lessons in the tenacity, courage, and fierce discipline needed to overcome the obstacles pioneers often face." --The Philadelphia Inquirer

"Mary Walton...has captured Paul's fire, her slow burn in A Woman's Crusade. This story is a reminder of the perseverance, the gall, the intelligence it took to obtain what now seems an inalienable right, an obvious pillar of any democracy." --The Los Angeles Times

"It's astonishing that an individual of such courage and accomplishment would have to be "rescued" from obscurity, but that's precisely what Mary Walton has done with this dynamic and entertaining biography. Walton sweeps the reader along in Alice Paul's seven-year crusade for suffrage, all the way to its nail-biting conclusion. This is a wonderful and important book." --Thomas Kunkel, author of Genius in Disguise: Harold Ross of The New Yorker.

"Mary Walton has written a passionate history of one of my heroines (and distant relative), Alice Paul--a fiery feminist who understood political strategy and the value of a sound-bit better than anyone. " --Congresswoman Carolyn B. Maloney

"Richly endowed with research...detailed, absorbing...I value the book for introducing her to the next generation of Feminists with a taste for revolution." --Ms Magazine

In response to invitations from schools, libraries, historical societies and organizations, I offer a Power Point presentation using historic photographs that vividly depict Alice Paul's campaign for the vote. Here are some reactions:

Jose de Jesus, director of outreach, the Spence School, NYC: "Speaking to an audience that had people from 14-64, Mary was able to combine wonderful images and indelible stories to bring us all into Paul's remarkable life.

Lucy Beard, executive director, Alice Paul Institute: "Mary Walton's book, A Woman's Crusade, has brought to life the little known story of Alice Paul and the vital role she played in winning women their place in American democracy. Mary's lively power point presentation based on the book has proved popular with diverse groups and organizations.

I was introduced to journalism many years ago by Brenda Starr, the glamorous red-head comic strip adventuress whose life as a reporter was characterized by romance, danger and a colorful, sexy wardrobe. I would discover that real newspapers weren't quite like Brenda's world, but they had their moments!

For most of my professional life I have been a newspaper reporter, turning out news features, profiles and breaking news, while also writing non-fiction books that had their genesis in news stories. In 2010, at the suggestion of an editor, I turned to a historical epic, the final, dramatic push for woman suffrage.

Alice Paul, the brilliant leader of the suffrage militants, was a young, iron-willed Quaker committed to nonviolence, with a talent for organizing and publicity. When four years of lobbying, parades, rallies and electioneering failed to budge Congress, she and her followers picketed the White House, the first to ever do so. They were attacked, arrested, force fed and brutalized. After the amendment was ratified in 1920, the battle was little remembered and little taught. In 2004 Alice received a measure of recognition with the HBO movie Iron Jawed Angels [Hillary Swank played Alice. She went on to write and campaign for the Equal Rights Amendment until her death in 1077.

I have discovered that writing history when there are no survivors to offer first-hand accounts is much like being an investigative reporter when no one tells you anything, and you have to dig into letters, documents and memoirs to ferret out the story.